Matt Kahl is a US military combat veteran and PTSD sufferer, who has been investigating and lobbying for the use of cannabis and other unorthodox treatment methods for PTSD since 2013. Matt served in the 101st Airborne Division in Afghanistan, where an accident saw him sent home injured and traumatized. His attempts at healing have seen him embrace plant medicine and other substances in an attempt to heal the trauma..

He is the Founder of Veterans for Natural Rights, an organization that aims to build a community of support and resources for veterans that are suffering with PTSD and trauma. Previously, he was the Colorado President of the Weed for Warriors Project and a host of the 1620 show on The Veterans Channel.

His struggles with PTSD and trauma, and his attempts to heal by using psychedelics, are featured in the documentary From Shock to Awe.

From Shock to Awe asks, ‘how do we heal our deepest wounds?’ An intimate and raw look at the transformational journey of two combat veterans suffering from severe trauma as they abandon pharmaceuticals to seek relief through the mind-expanding world of psychedelics. Recent scientific research coupled with a psychedelic renaissance reveals that these substances can be used to heal PTSD (Post-Traumatic Stress Disorder) for individuals and their families. Beyond the personal stories, From Shock to Awe also raises fundamental questions about war, the pharmaceutical industry, and the US legal system.

The documentary centers on veterans, Matt Kahl and Mike Cooley, and their challenging post-war lives, lives shattered by the trauma of war. The vets personally struggle with anxiety, fear, depression, anger, and an overall inability to find an equilibrium in society and with their families. In order to deal with their erratic emotions and haunted state-of-mind, doctors prescribe intense pharmaceuticals with various side effects that bring them face-to-face with death. In response to the negative impact of traditional Western medicine, both vets begin to use cannabis as an alternative. Although beneficial on many levels, our heroes yearn for deeper healing.

Mike and Matt decide to take ayahuasca, an Amazonian brew traditionally used for healing and spiritual insights. These warriors attend a weekend ceremony filled with hope…and fear of the unknown. Rattles shake, bells ring, flutes play, and a campfire crackles…a ceremony is underway. As images of battle consume their minds, the vets reverently drink the bitter brew several times over a weekend, bringing about profound revelations for our weary soldiers.

Upon returning to home, they quickly learn that their families are not prepared for the rapid change. Aimee, Matt’s wife, is overwhelmed by his exuberance and feels threatened that he might leave her. Brooke, Mike’s wife, sees the healing but finds her own demons rising to the surface. Mike feels the ‘reset’, and describes the experience like a roller coaster and the challenges associated with integrating the life-changing ceremonies. Unexpected twists and turns, and a desire to understand their husbands’ journeys, Aimee and Brooke embark on their own psychedelic healing journey with ayahuasca and MDMA respectively. 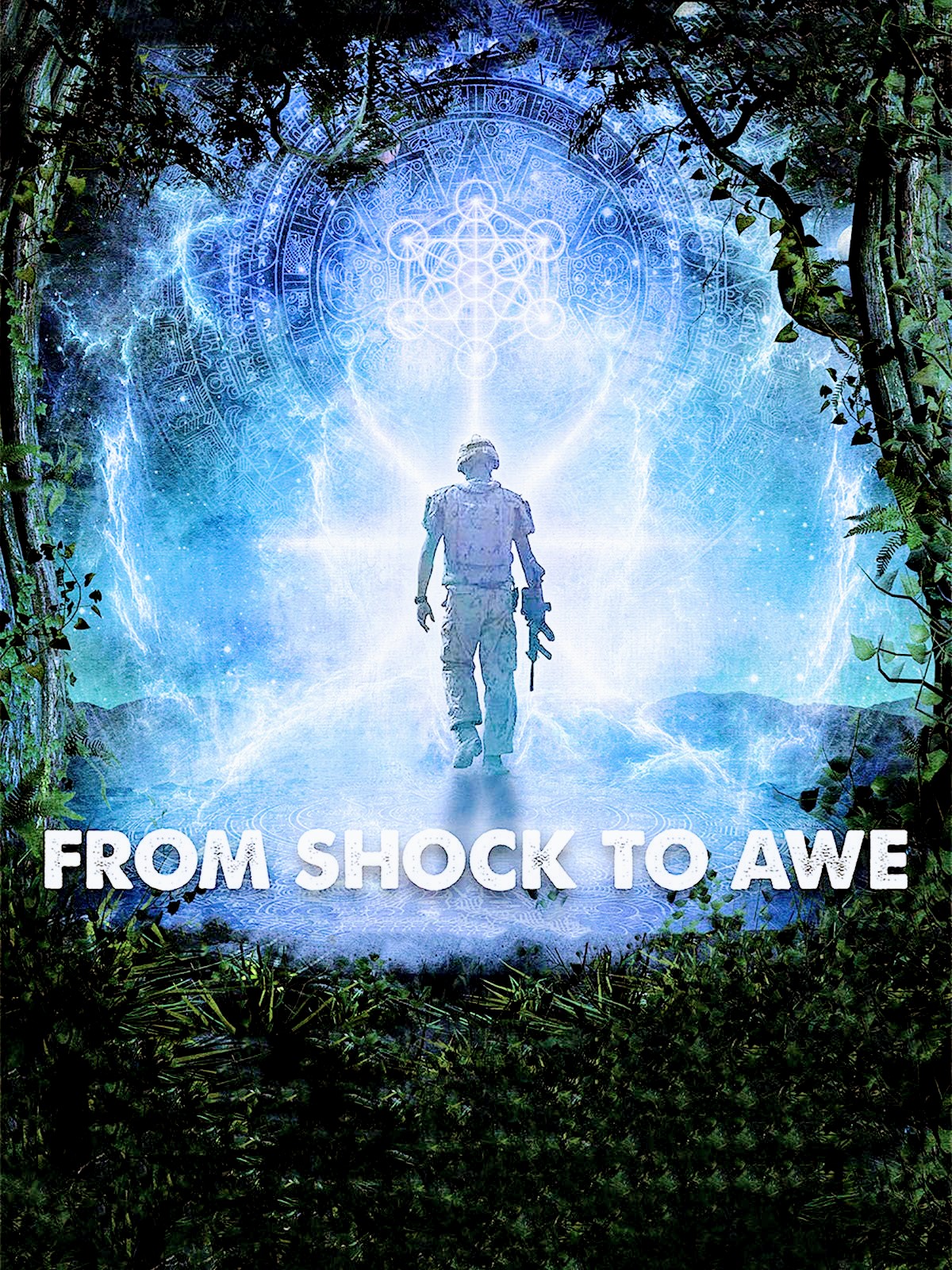